Congratulations to the New England Patriots on becoming Super Bowl XLIX champions. Prior to the game, Miss Massachusetts and I made a little deal. Because the Seahawks did not come out on top, I had to wear a ghastly jersey for one whole humiliating day. The Miss America Organization is all about empowering women and encouraging each other, so we thought in addition to wearing the other team’s colors the winner would also be featured on the other’s blog. So, take a little time to get to know Lauren Kuhn, Miss Massachusetts 2014! 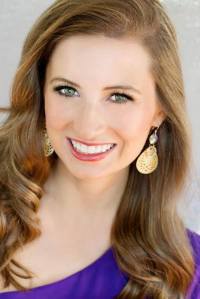 What is the title of your platform?

As Miss Massachusetts, what are you doing with your platform?

LK: I’ve established a scholarship, this year it will be $1,250, last year it was $500. I’ve been scheduled to speak in schools and guidance centers, in addition to my previous visits on local television and radio stations, to talk about why higher education is important, how it can empower young women and I can help them find a way to pay for it.

Obviously, I don’t have to recap Sunday. I think we all saw it and lucky for the Seahawks fans it’s all over social media and ESPN. However, I think there were several life lessons to be learned not only from that game, but from the NFC Championship and from the Seahawks organization as a whole.

Now, because this is Miss Washington Wednesday, I wanted to take a moment and point out a few of the lessons I gathered and how I think they apply to the pageant world.

First, you never give up. In the NFC Championship game, the Seahawks were down 16 points and miraculously came back to win in OT 28-22. Some may say it was a miracle, but I think we all knew that it was because they refused to let the score bother them.

As someone who did not grow up in the pageant world, I was quite naive when it came to my first pageant. By the grace of God I won my first title on my first try. I went on to compete at Miss Washington as Miss Tri-Cities and not only didn’t win, but didn’t make the top 10. Year two I win Miss Northwest and had the opportunity to compete, once again, for Miss Washington. I had higher expectations for myself now that I was no longer a rookie and…didn’t make top 10…again. Ok, third time is a charm, right? I knew that I wanted the job of Miss Washington and I didn’t care what my track record was at state. I was going to work hard and make my dream a reality. I never gave up on the vision of the crown being placed on my head and boom! Third time really was a charm.

Second, it is all mental. In the championship game, the Seahawks can be heard on the sidelines saying, “it’s just 16 points. That’s all! It’s no big deal.” And to them, it was no big deal. In most minds, that game was already lost. People, if we waste our time trying to compare ourselves to other or try to settle the score, the game (or pageant)  is already lost. This is one of the few situations in life where it is ok to be selfish and only worry about yourself.

Third, you can tell A LOT about a person’s character by the way they win…and the way they lose. It is only human for us to get frustrated once in a while and that’s ok. I am just hoping that you don’t take it out on a big enough stage (literally) for all to see. Russell Wilson is an excellent example of a good winner. He is humble and kind and always gives credit where credit is due. This makes me appreciate him. On the flip side, he is excellent loser. This makes me respect him.

At the end of most things, there can only be one winner. I believe people show their true colors when they lose. Yes, Richard Sherman has quite the mouth on him, however, when he is the first person to shake Tom Brady’s hand after a devastating loss, you can’t help but respect him a little more. The same goes for pageants. Don’t be that sourpuss sulking in the corner, but instead be grateful for the opportunity you have been given and move on. As someone who has lost many times in life, I have seen what happens when I respond to losing poorly and when I am able to lose gracefully.

Needless to say, I am so proud of our team and all they have accomplished this year! The ending may have been heart wrenching, but we have to remember and appreciate all of the amazing things that occurred before that. In the pageant world, we have to be able to look past the night of the pageant and be able to be proud of everything else we have accomplished leading up to that point and everything we will accomplish in the future.

Take a look at Kimball and my trip to Arizona in 12 minutes with the 12’s.