2015 is basically knocking at the door and sooner or later we’re not only going to have to let it in, but embrace it.

Last year at this time, I was sick…sicker than I think I’ve ever been before. In fact, I was so sick that I somehow coughed my rib out of place. Just imagine it. There I was lying by my fireplace, trying to make minimal movements to avoid pain and coughing, watching the ball drop. Sounds like an exhilarating night, right? Well, lucky for me, my crummy New Year’s Eve was not foreshadowing my new year. While yes, there were some major lows; I think that 2014 was one of, if not the best, year of my life so far.

2014 rocked because last year at this time, I felt like 2013 had managed to quite literally knock me down…physically and emotionally…leaving me on my back. Quite frankly, it was in that time period where I was just so sick and tired of being sick and tired. I was done with allowing myself to be weighed down by stuff that a) didn’t matter b) I had no control over or c) could have been changed with my attitude.

After a few days, I started to feel better. A few weeks later the Seahawks won the first Super Bowl in franchise history. A month later, I started my journey as Miss Spokane. A few months after that, I started my journey as Miss Washington. Two months after that, I was on the Miss America stage. Two weeks after that I was in CHINA speaking as a Washington State Ambassador. Two DAYS after that, I was flying to New York to celebrate the newly crowned Miss America. The year just picked up momentum the more it played out. In hindsight, I owe it to these 5 philosophies;

1. No more New Years resolutions. I, in no way, am encouraging you to not set goals. The key word in the that statement was, New Years. If there is something within the year that is bothering you, change it THEN. Don’t wait for an excuse like NYE to make changes, because, more often than not, we will continue to set a future deadline for ourselves. In the last half of the year my family has experienced a lot of change; I moved to Seattle, we lost my grandma and had to sell her house, my brother moved to Louisiana and my parents began to remodel our house. A lot of those were scary decisions, but decisions that I think will help better all of our futures. Take the chances that scare you and make the decisions that are going to change you…today. Choose today, change tomorrow.

2. Stop trying to please everyone. Stop trying-because the truth is you will never please everybody. This years Miss Washington competition was the third time I had competed for the job. The first year I was just learning what the organization meant and what the job entailed. The second year I was trying to fit the mold of who I thought Miss Washington was. The third time around, I threw out the majority of what I knew, stopped worrying about what I thought Miss Washington would do and started to wonder what I would do as Miss Washington. Now the job description wasn’t about being a prestigious titleholder, it was about being the best version of myself. 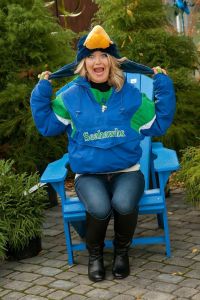 3. The world is HUGE. In June I graduated from college, so automatically I began to think what’s next? Where to next? I’d lived in Washington almost my whole life and I was pretty content on staying somewhere within the state. However, since my graduation day, I have flown more than I think I ever have before and been fortunate to travel to places I’ve only dreamt about. Seeing these new places has helped me grow as a person, network for my future and realize that I don’t know where to next, but I am excited to see where this World takes me. One of my favorite quotes is, “Travel is the only thing you buy that makes you richer.” 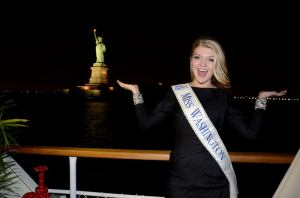 4. Leave it all out there. Moments are fleeting and before we know it they are gone. There was a lot that I put my all into this year, Miss America being a huge one, but where I learned to leave it all out there was in two other instances. The first being a relationship. Relationships are funny because we for some reason try to make them gray when really it’s just black and white. I think you find the b&w area when you stop playing games, leave nothing unsaid and leave the ball in their court.

The second was when I lost my grandma. It was the day before I left for China and I received a call from my mom explaining her condition. Without hesitation the saint Peggy Miller told me to get in the car and before I knew it we were on our way to Yakima. The next day God earned a new angel. Just hours later I was by myself on a plane, miles away from the place I wanted to be. However, I was able to be with her in her last hours, I was able to tell her how much she’ll always mean to me and I was so so fortunate to hear her tell me she loved me just one last time. In both cases, I was able to find peace because the rest was out of my control.

5. It’s all about timing. If something doesn’t work out, It. is. okay! We will fall, we will fail and we will get hurt. However, we will also get back up, become stronger and become smarter because of it. I promise you something better is ahead of us. To find it means we have to stop looking toward the past, turn around and move forward. 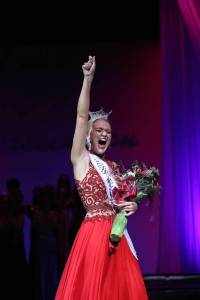 Cheers to a fabulous 15!