To make a long story short, my mom and I recently (within the last 3 years) found out that we had close ancestors from a small town in Denmark called Aalborg. She and I both had always wondered where her side of the family was from. We later found out that aside from these Danish relatives, the maternal side of my family is about as “American” and “English” as you can get.

When she and I found out, we were actually on another mother and daughter trip down the Pacific 101 highway. It was then, just a few months before I met my now fiancé, that we made a promise to visit Denmark before I got married.

Fast forward three years, and we were up, up, and away. Seeing as we really had no idea what to expect from this Nordic country, we also had no real plans or inhibitions. Now, having been, I definitely plan on going back. Denmark is the perfect place for a family trip.

Leading off: We flew Icelandair, which typically means you stop in Reykjavik early in the morning, or in the middle of the night. For my mom and I, we left the states at 3pm and got into Iceland at 6am the following morning. We had about a two-hour layover and then were off to Copenhagen.

If you’ve ever flown to Iceland, you know how efficient their airport security is. Each person flying out of the country will have to pass through passport inspections. I have flown through KEF four times now, and have never waited longer than 5 minutes in this line.

When boarding in Reykjavik, all of the passengers stand in one line. There are no groups or zones, but somehow it moves quickly.

Pro tip: Pay attention to your arrival time at your final destination. Luckily, this flight got us to Copenhagen late enough in the afternoon where we were able to check-in and drop our bags off. In Germany, we were not so lucky…

Touching down: We initially had hoped to visit Aalborg. But after a few travel complications, we were unable to make the trip. They are about a 5 hour car ride apart from one another. This decision ultimately led us to extend our stay in Copenhagen and switch up our hotel.

Pro: Our first hotel was in a wonderful location, just two blocks away from Nyhavn. Our stay also included breakfast and bike rentals for a small fee.

Con: this is not a romantic getaway kind of hotel. This is very basic hotel, which is good for sleeping.

Con: On the other side of town from most major sights and attractions

Day 1:  By the time we arrived, we had a few hours of daylight left. We hopped on the metro at the airport, and then endured a little rain on our walk to the hotel- only after we figured out which way was which. Luckily, this was the only day that it had rained during our stay. The rain kept most people inside, which then made exploring Nyhavn easy and enjoyable.

Our first meal in Denmark was actually a hamburger from a place called Hot Buns. It was an incredibly cute little place near Nyhavn with cozy tables near the windows which were perfect for people watching on a rainy day. The ambiance of the restaurant plus the rain created a comfortable feeling better known to the Danes as hygge.

Day 2: The next morning we took an hour-long canal tour, which took us around, Øresund, the straight connecting Denmark to Sweden. This tour takes you by the very popular Little Mermaid statue, the Church of our Saviour, and under Strombroen Bridge.

Our tickets from the canal tour also included tickets to Tivoli Gardens. What we thought was a beautiful garden, ended up being a garden and an aquarium, and an amusement park. Actually…a 175 year old amusement park. This is obviously where the lack of research caught up to us. If you’re coming on a family trip, this is definitely a must-see.

Finally, we hopped on a train and 30 minutes later we were in Malmö, Sweden. Malmö was exactly like everything I had read. It is a small art city, which is popular with young adults. Because of this, there isn’t too much to see or do. We arrived just before 5pm, so finding a place to eat was pretty easy. However, soon the whole square was occupied by folks who had just gotten off work and were meeting friends and co-workers for a drink. 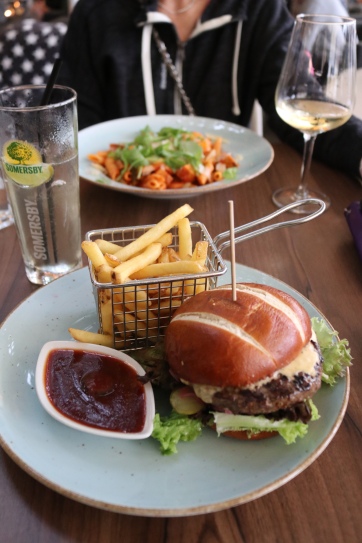 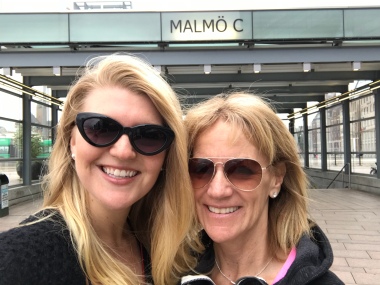 The place we ate at was back-to-back with other restaurants surrounding Lilla Torg. Since it wasn’t too cold out, all of the restaurants offered outdoor seating. Some even had blankets and fire pits. Across the square from the restaurants were adorable and authentic Swedish stores with the ever popular hand-painted dahlia horses and wooden clogs.

Day 3: On our last full day exploring Copenhagen, we did as the Danes do. We rented bikes from our hotel and rode all around the city, making stops at… 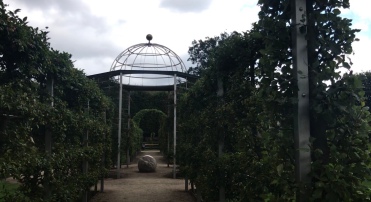 Christiania– also known as “Free Town,” for it’s eccentric way of life. I had read somewhere that photo would make people paranoid, so I didn’t. Looking back, I should have! Think brightly colored spray paint on buildings, and the faint hint of marijuana in the air. This is definitely not a place recommended for kids. We stumbled upon it on the way from the church. But, to be honest, I’m glad we were able to see what it was all about. 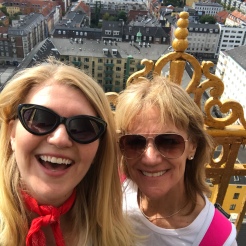 Church of Our Saviour– a church that allows you to walk to the very top via a staircase…on the outside of the building. Not for the faint of heart, this historic 1695 church tops out at 295 feet. Only the last 150 steps of the spire are outside, but there is no elevator to the top…just wooden stairs.

Broens Gadekokken– a delicious little spot just over the all-pedestrian bridge with food trucks and a beautiful view of the water.

Strøget– the long stretch of shops that is only open to pedestrians.

In Copenhagen, you will find that there are more bikes than cars on the road. Even coming from the PNW, I had never seen such well thought out bike lanes. Here, bikers are treated with the utmost respect because they truly rule the road.

Pro tip: If you do go for a bike ride in Copenhagen, study up on the turn signals!

Day 4: Finally, on our last day in Denmark, we took an excursion to see three beautiful and historic Danish castles.

Our first stop of the day was Kronborg Castle, which was the muse for Shakespeare’s Hamlet. From the side  of the castle that touches the water, you can see Sweden on a clear day.

The second stop of the day was Fredensborg Palace. This stunning place is still a residence for the current Danish royal family. 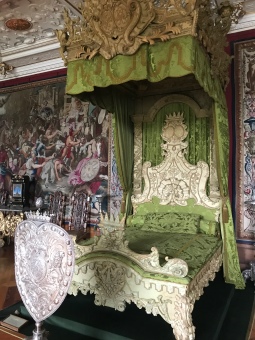 Lastly, we stopped at Frederiksborg Castle, which was first opened in 1620. This was by far my favorite not only because of the detail that went into the castle, but also because of the stunning garden attached.

Bonus: Here is a short video of our time there!

4 thoughts on “Mom & Me: A Girls Trip to Copenhagen”